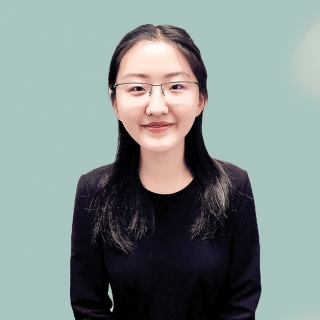 Chinese-born, New York-based composer and pianist Lingbo Ma (b. 1996) has written for various combinations of instruments and voice. She started playing the piano since she was 4 and at the age of 7 she started violin. Her work has been performed in USA, China and Switzerland. Her first string quartet “Inseparable”(2016) was selected as the winner of New England Conservatory’s 2017 Honors Ensemble Competition and was performed by Chroma Quartet at NEC’s Jordan Hall. In November 2018, she was commissioned by Kati Agócs and the Metropolis Ensemble based in New York City who will be premiering her vocal piece in their next season. Her recent projects include a rearrangement of an old vocal piece, with text by Chinese poet Gu Cheng （顧城，1956-1993）which is currently being staged and performed in the Dutch National Opera as part of their season opening project FAUST [WORKING TITLE], directed by Lisenka Heijboer and Manoj Kamps.

As a pianist, Lingbo has been actively performing as well as collaborating with instrumentalists and singers. From 2017, she was selected staff pianist at NEC, frequently accompanying master classes, recitals and lessons. She now works as accompanist at The Juilliard School as well. As a fellow of NEC’s Community Performances and Partners Program since 2016, she has been performing piano in community venues around the Boston area. She and soprano Julia Cohen formed a voice and piano duo and have won the NEC Entrepreneurial Musicianship Grant twice for the “American Women Composers Concert and Lecture Series” that they proposed. The program they presented included American women composers from the 19th century to the present. A Gluck Community Performance Fellow this year at Juilliard,  she will continue to do collaborations with other musicians and present online programs to audience from different communities.

Starting in Fall 2020, Lingbo occupies herself with more teaching duties, having been selected as a Morse Teaching Fellow to teach at public schools in NYC. She also starts a new job as undergraduate music theory teaching fellow at Juilliard.

Lingbo attained Bachelor of Music degree with academic honors from New England Conservatory where she studied with Dr. Kati Agócs and Professor Michael Gandolfi. She is currently pursuing her Master of Music degree at The Juilliard School, studying with Dr. Robert Beaser.