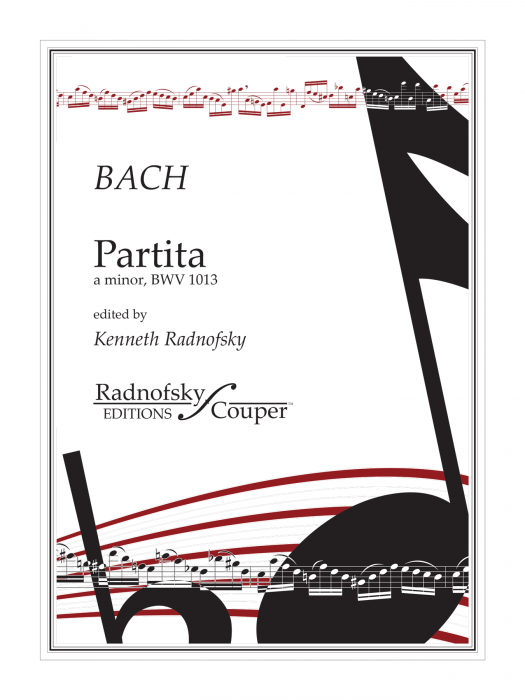 Editor’s Note: I believe the a-minor Partita of J.S. Bach is the single greatest solo wind work in music history, just as Bach was/is our greatest composer. How does one unravel the mystery of the first movement, which is basically all sixteenth notes, with no breaths (but for a sixteenth note rest that begins the piece!), and no marked dynamics? This is Eighteenth century ‘jazz!’ It is a Charlie Parker solo, of another century. We verbalize the articulations. We scat sing the piece when we play. Performers in the 18th century had a common sense and imaginative approach in identifying sequences, breathing in both major articulation points as well as obscure places (although one could argue that there no obscure places in a solo work). There was not a rule book for performance. Quantz’ treatise ‘On Playing the Flute,’ was written after the Baroque Period had effectively ended, on the way performers practiced and played. That is how ‘Performance Practices’ began to be written down. But the performance needs to be an imaginative realization of what is implied between the notes in addition to the black and white. So, how does one connect with this piece? I played this masterwork every day for ten years at the beginning of my professional career, having fallen in love with it as a graduate student at New England Conservatory. I made multiple copies of the work, analyzed the harmonic structure, studied articulations possibilities, observed the sequences and cadences to help derive breaths, constantly wearing out those copies, and finally shedding the music in favor of memorized performances. After over thirty years of performing the work, I decided to offer some suggestions to others, as a point of departure for performance, perhaps saving the performer a bit of time with some breath marks (not all, by the way), as well as both dynamics and articulations in the subsequent movements. We printed in grays (between black and white) so that the performer could make decisions. While dots delineate articulations, ‘all dots are not created equal,’ and the articulated notes are not merely short - they are of sensitive and varied lengths, separated by micro and ever differing distances that can not be notated. In fact, one could argue, that when nothing is marked except for the bare notes, it is clear that we must think about EVERY note from beginning to end, in terms of all musical devices mentioned above, and more! - Kenneth Radnofsky Copyright © 2012 by Kenneth Radnofsky. All Rights Reserved. Used by permission. 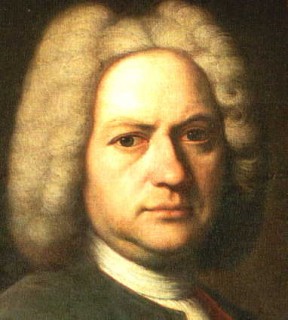 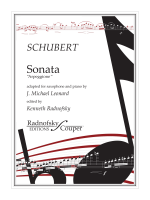 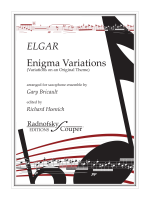 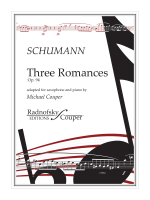 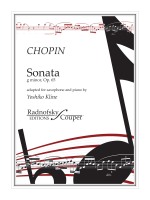 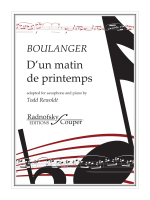